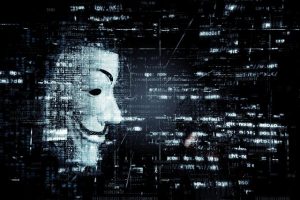 Norfund, the world's largest sovereign wealth fund—created from saved North Sea Oil revenues and currently worth over a trillion dollars— admitted that a hacker was able to manipulate the organization into routing a loan intended for a Cambodian microfinance organization into an account controlled by cyber criminals. The Norwegian Investment Fund has been swindled out of 10 million dollars by fraudsters who pulled off a social engineering attack that the Norfund called "an advanced data breach" but what is commonly known as a Business Email Compromise, aka CEO fraud.

As a result, in March, 100m Kroner was lost. The investment fund says the money appears to have been diverted from the organization in Cambodia to Mexico. Local and international police have been brought in to investigate the matter. There are not yet a lot of details about this attack, which may have been a simple compromised email account, perhaps several pwned workstations fully under control of the bad guys, or a fully compromised network.

"The defrauders manipulated and falsified information exchange between Norfund and the borrowing institution over time in a way that was realistic in structure, content and use of language," Norfund said on Wednesday of the heist. "Documents and payment details were falsified."

The Register commented: "Again, this may be a generous way of saying someone got tricked into sending money into the wrong account with some forged invoices, or bogus emails, and poor invoice control."

Small business lose on average over $135,000 on each cyber attack, between the direct cost of paying for ransomware or to recover their clients data, and the cost of having to deploy a more robust cybersecurity program after they are hacked.

While many may think that this happens exclusively to large companies, the reality is that cybercriminals are targeting small and medium business more and more because they are relatively "easier" to hack. Smaller companies do not have the manpower or the expertise in house to develop and deploy a comprehensive cybersecurity policy, and usually "trust" their internet service provider or their basic internet firewall to protect their business.

The challenge is that modern cybercriminals are organized, and they are no longer kids hiding on their parents basement trying to hack one computer at a time. Modern hackers use hacking-as-a-service platforms with artificial intelligence tools to scan their target company networks looking for vulnerabilities and taking advantage of unsuspected and unprepared users. Trying to defend against that with a manually configured firewall, is like trying to protect your home against a thief with a screen door (in both cases you are simply prying that they don't find your house).

Do you know how to protect your company against Social Engineering hackers?

The main challenge for small and medium business is the lack of in-house expertise to address cybersecurity threats.

Our cybersecurity solutions can help protect your company from: